A note on Hugh J. Rose – a key figure in the British development of the theory of the teaching of literature 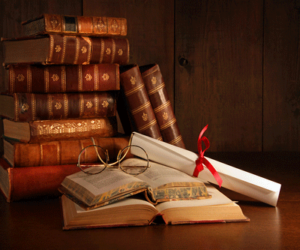 V. Hansen, „A note on Hugh J. Rose – a key figure in the British development of the theory of the teaching of literature“, In: History of Education Society Bulletin, Autumn 1990, S. 34-37.

Hilda Schiff in an introduction to an English Association symposium concerning Contemporary Approaches to English Studies has complained of the ‚real theoretical backwardness‘1 of the subject and Brian Dayle has hinted at the neglect of the subject’s historical development:

Within disciplines such as sociology, history and philosophy the question of the significance of a discipline’s own past for a reflexive understanding of its present operations has to some extent been posed; not so within English.2

The present article deals with one of the key figures of the subject’s theory at tertiary level, the Reverend Hugh J. Rose. He was one of the founders of the clerically orientated King’s College, London. Considering the state of English as a low-status subject at that time, whose educational value had been underestimated for centuries because of the predominance of the classics, Rose showed a complete and early commitment to English studies.

In the preliminary stages of the establishment of that institution he vigorously attacked utilitarian educational objectives in a sermon given before the University of Oxford in 1826 and called for the introduction of English studies as a counterbalance and ‚an engine of education‘.6 In explanation he stated:

It [English literature] is not partial in its cultivation of the intellect, but tends at once to correct the taste, to strengthen the judgment, to instruct us in the wisdom of men better and wiser than ourselves, to exercise the reasoning faculties on subjects which demand and deserve their attention, and to show them the boundaries imposed on them by providence. It is literature which fits and prepares us best of all for the examination of those moral and intellectual truths, which are not only the worthiest exercise of our reason, but most concern our future destiny .. .7

Here premises pertaining to function and task of literature which had expanded during the Romantic period had been transferred to the field of education and a decisive role within the educational process had been assigned to English literature. Rose interpreted it as a kind of corrective by which goals liberated from narrow-minded everyday life could be striven for and achieved. Literature was seen as an agent whose aim was cultivation of the intellect. By this Rose did not mean a reduced cognitive alignment; rather he referred to a central matter of concern to the Christian pedagogy of that time which equally comprised educational tool and objective and whose intention his friend J.H. Newman later described thus:

Truth of whatever kind is the proper object of the intellect; its cultivation then lies in fitting it to apprehend and contemplate truth.8

The concept of truth here employed was, as with most religiously orientated authors of that time, an amalgam of the Platonic and Christian-philanthropic ideal of cognition and thus not as narrow as the contemporary scientific concept of truth. Christian educators were much more interested in the striving for a truth which lay behind external phenomena, ‚the pursuit of eternal and permanent truth‘,9 a truth which had its foundation in the idea of God. So the intellect should not be trained by objects of the material world, because in this way the human mind remained captivated within a framework of sensual perception and utilitarian thinking.

Rose’s argumentation was also an apologia against the increasing utilitarian objections to the classical literary education of the time which was still prevalent in most sectors of learning. Although he advocated the institutionalization of English literature at college level, he nevertheless remained a rigorous defender of the existing school system whose principles he firmly supported. Moreover his educational objective has also to be seen as an anxious riposte to the growing advance of the natural sciences, their accompanying production methods which increasingly occupied people, and new social developments. To defend these – in Rose’s belief – people with an elevated state of mind were required, who had internalized the theological, moral and intellectual truths of tradition qua education and who had at their disposal standards of assessment which made possible a transformation of the social conditions and formed an antithesis to the expanding materialistic thinking. For a fast growing industrial society the calming influence lay in the literary tradition of the nation, a kind of ideal, conserved state of consciousness – a view which was advocated later on especially by Matthew Arnold – which a number of artists had already acquired when creating their works.

The literary theory of the Romantic period involved complex didactical problems. Thus the question arose if then that gulf, the qualitative difference between work or poet on the one hand and reader on the other hand, was to be overcome in the educational process if that reader was also someone who was still growing up. The work of art was considered – and here the authoritative orientation of the old rhetorical tradition is still alive – as an organic creation of normative quality, since metaphysically based. How could its nature be experienced by a student since the poet had at his disposal much more insight and a distinct relationship to truth? Wordsworth, for instance, another friend of Rose, had pointed out in his Preface to Lyrical Ballads:

The Poet is chiefly distinguished from other men by a greater promptness to think and to feel without immediate external excitement, and a greater power in expressing such thoughts and feelings as are produced in him in that manner.10

There was a qualitative difference between poet and reader. At certain moments the poet with his ‚divine spirit‘11 was, as Plato had argued in lon, like the rhapsodist in command of divine power (theia dynamis). In Sidney’s Defense of Poesie he was a vates. The poet instructed as persona sui generis by his exceptional wisdom by means of his work of art.

The fundamental difficulty of some Romantic poets to communicate their thoughts to a large readership, the understanding of their own creative act ‚as spontaneous overflow of powerful feelings‘,12 the danger of esoteric individualism, were all important factors which aggravated the study of literature in the field of education and let many a pedagogue arrive at the conviction that it was not very reasonable in that sector.

But Wordsworth had also forged links. He had pointed out as well that ‚poets do not write for poets alone, but for men‘13 and so – in spite of the principal difficulties which might arise for the process of understanding – Rose could point to didactical possibilities of the study of English literature. Some of the verbs he used indicate this unmistakably: it should serve to reduce or even help to eliminate intellectual, ethical and aesthetic deficiencies. By the study of English literature the taste of the learner will be formed, the faculty of judgement enhanced. According to Rose this is a dialectical process which also comprises the mind of the reader so that not only is his intellect sharpened qua literature but also his intellect forms the necessary premise. Here the clergyman obviously approached the concept of Coleridge who had clearly discriminated between primary imagination as the true creative activity, secondary imagination, which was characterized by the ordering function of the intellect and fancy as the ‚mode of Memory emancipated from the order of time and space‘14 which carries out the structuring of material beneath the surface. In addition Rose did not start out from a quick understanding of literary texts by students. Rather this has to be acquired little by little, just as preparation implies a gradual procedure.

Literary education should not only diminish or remove deficiencies, even if this was an important preliminary stage of the personality development, but mainly pursue farreaching objectives, namely ‚educate and form a moral and intellectual, a spiritual and eternal being‘,15 eventually elevating the person to a kind of methexis – participation in the eternal truth – even if this would probably remain insignificant in the early stages of education – which Rose held to be of fundamental importance for the future of society.

Thus Rose on the one hand recognized relatively early the importance of English literature as a personality developing force within the sector of tertiary education; on the other hand he narrowed down its didactical potential decisively, because his understanding of literature had been restricted axiomatically: not being open to criticism and too strongly indebted to the authoritative ideals of the classical education it did not allow genuine discussion on literature.

All in all Rose took a firm stand on the institutionalisation of the study of English literature – something which seemed impossible for the traditional English universities of the time. He was one of the key figures at the opening of the Anglican King’s College in 1831 and the foundation of the English literature course. Owing to financial difficulties and personal disputes – Robert Southey had turned down the appointment – the chair of English literature could not be established until four years later with Thomas Dale. He had previously been the first professor of English literature at the rival institution of University College, London, that – as the conservative journal John Bull wrote – ‚humbug joint stock subscription school for Cockney boys‘.16

3 See for example, D.J. Palmer, The Rise of English Studies: An Account of the Study of English Language and Literature from its Origins to the Making of the Oxford School (Oxford University Press, London, 1965); D. Shayer, The Teaching of English in Schools 1900-1970 (Routledge & Kegan Paul, London, 1972); M. Mathieson, The Preachers of Culture. A Study of English and its Teachers (Alien & Unwin, London, 1975).

4 Still important is F. Watson’s pioneer work, The Beginnings of the Teaching of Modern Subjects in England (1909; reprint ed., S.R. Publishers, East Ardsley, 1971). Studies concerning key figures of the subject’s development are for example A. Kearney, ‚J.W. Hales and the Teaching of English Literature, 1860-1890‘, History of Education Society Bulletin, 26, 1980, 42-46; V. Hansen, ‚Vicesimus Knox: the Teaching of English Literature for the Liberalisation of the Mind‘, History of Education Society Bulletin, 39, 1987, 19-23.