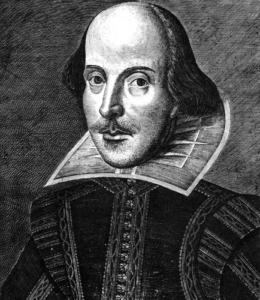 It is a striking phenomenon that the history of conceptions concerning the teaching of English literature in England has until now been fairly neglected in Germany and even in Great Britain. This thesis attempts to give a first overall account of the historical development of the main underlying assumptions with their genesis in the Renaissance and their slow but constant expansion up to the present.

The study is divided into three parts, the first of which describes the aims, source material, and methods. To cover this vast period of time, the thesis, being mainly chronologically structured, has concentrated on those conceptions which indicate paradigm changes in the Kuhnian sense. One of the most astonishing results is the fact that although subject-specific conceptions existed long before Matthew Arnold and can be traced back at least to Elizabethan England. English literature as a school subject only became established during the early decades of our century, thus at a time when most of the great works of national literature already existed. This also meant that most of England’s poets were brought up without a literary education covering the national canon.

Although classical education in Great Britain had been of paramount importance for many centuries, it is shown that, during the Renaissance, education in English literature had its roots in rhetoric, in grammatical, elementary, and religious instruction, in lessons employing vulgaria as weIl as in the education of the aristocracy. However, English did not appear as a school subject in its own right. When in 1660 Charles Hoole published A New Discovery of the Old Art of Teaching School, presumably the earliest subjectspecific approach in Great Britain, he had to assign to English literature the role of the poor man ’s Classics because of the outstanding prestige of the classical literatures, thus establishing the concept of English as a low-status subject. He also based his theory on imitatio and aemulatio, thus adopting central issues of classical education. What might have initiated an important curricular paradigm change only turned out to be one in nuce and did not achieve the establishment of a new, independent subject, the study of English literature.

Even though the Dissenting Academies partly introduced instruction of the English language and literature in their endeavours to offer a more practice-orientated curriculum than the grammar schools, this did not endanger the dominant influence of the Classics-orientated liberal education with the ancient languages and literatures as its core.

It was not until the end of the eighteenth century that two ultimately so opposed movements as those represented by Evangelicalism and Utilitarianism introduced a curricular paradigm change which finally led to the steady though slow institutionalization of English studies at all levels of education. The conception of Vicesimus Knox marked the beginning of aperiod in which more and more educators realized that English literature could no longer be excluded from the curricula. During the nineteenth century, not only subjectspecific approaches (such as those of Hugh J. Rose, Thomas Dale, Frederick Maurice, Charles Kingsley, Alexander Scott, David Masson, Henry Morley, F. W. Farrar, John W. Haies, Henry Sidgwick, and H.G. Robinson) but also those developed within the Philosophical, Literary, and Debating Societies and the Mechanics‘ Institutes illustrate on the one hand the subject’s dependency on didactic and methodical implications of the classical education and the apologetic character of the approaches, and on the other hand the growing confidence in the educational value of the study of English literature. And here, it was Matthew Arnold who (within the framework of his theory of culture) assigned an important role to the study of the national literature for ethical and aesthetic education. The cultural crisis of society could in his opinion only be overcome by a literary-based liberal education, which had to begin in the elementary school. Surprisingly, Arnold did not extend his approach to secondary education.

Arnold’s conception was taken up by most subject-specific concepts that appeared at the beginning of our century, conceptions linked with names such as H.C. Bowen, J. Wells, Alice Zimmern, P.A. Barnett, George C. Pringle, M. P. Willcocks, Stewart A. Robertson, and others.

The Newbolt Report and George Sampson’s book English for the English, which both appeared in 1921, were landmarks in the history of the subject. They established English as the educational subject at all levels of education, taking up Arnold’s conception of the outstanding significance of nationalliterature. Apart from the public schools, both publications marked the end of a long curricular paradigm change.

The stimulation of the imagination, the furtherance of creativity by making literature a central matter of concern in many subject-specific theories, and the optimistic attitude towards children’s expression are characteristic features in the conceptions of Margaret Macmillan, C. Norwood, Dover Wilson, and (above all) Caldwell Cook. The play-way method of the latter has influenced the study of English literature ever since.

The close liaison between literary education at academic and at school level can be seen from the conceptions of T. S. Eliot, I. A. Richards, F. R. Leavis, and Denys Thompson. Apart from Matthew Arnold’s approach, that of Leavis has proved the most influential. Like the great Victorian intellectual, he believed in the central value of great literature as a corrective to hostile social forces. For him, an elite which had been trained in literary discriminati on and sensibility was the most effective protection against threats to the quality of life. Leavis’s essential merit consisted in detaching English studies from the elassical tradition and giving it an identity of its own which made the subject respectable for the public schools too, thus completing the curricular paradigm change.

The second chapter of the thesis is concluded with a survey of the main conceptions which were presented at the Anglo-American Dartmouth Seminar (1966), which meant stock-taking and at the same time reflection of perspectives of the subject’s foundations. Although some conceptions had suggested that literature had lost some of its essential functions, thus giving up the case for the centrality of literature, it is still too early to say whether a paradigm change within the subject is in the offing.

The last chapter sums up the historical development of the conceptions concerning the teaching of English literature in Great Britain and looks into some likely consequences for the corresponding discussions in Germany,